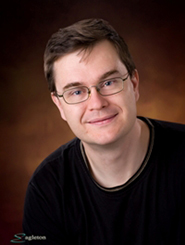 Hendrik Schulze studied Musicology, Medieval History, and Philosophy at Berlin (TU), Princeton and Ferrara and holds a Ph.D. from the University of Heidelberg. His field of specialization includes 17th- and early 18th-century Italian and French music (mainly opera and instrumental music). A recipient of a fellowship by the Alexander-von Humboldt foundation, he has previously held the position of a Visiting Assistant Professor at the University of Illinois/Urbana-Champaign; before that, he was on the faculty at the Universities of Salzburg and of Heidelberg. His publications include two books, Französischer Tanz und Tanzmusik in Europa zur Zeit Ludwigs. XIV: Kosmologie, Identität und Ritual, which investigates the meanings expressed in French baroque dance and dance music and the way these change in different cultural contexts (Hildesheim: Olms, 2012); and Odysseus in Venedig, discussing the choice of topic and depiction of character in 17th-century Venetian opera (Frankfurt: Peter Lang, 2004). An edited volume entitled Musical Text as Ritual Object is forthcoming with Brepols.

Other publications include various articles and reviews in journals such as Musica & Storia, Early Music and Music and Letters, a chapter on Legrenzi in Aspects of the Secular Cantata in Late Baroque Italy (edited by Michael Talbot), and numerous articles in encyclopedias such as MGG. Hendrik Schulze has presented at various national and international conferences, some of which he has organized himself. Together with a group of UNT Graduate students, he has edited Monteverdi’s Vespers of 1610 for the publisher Bärenreiter (2013), and is currently working on an edition of Monteverdi’s Incoronazione di Poppea for the same publisher. Together with Sara Elisa Stangalino, he has edited Francesco Cavalli’s Artemisia (Kassel: Bärenreiter, 2013) and is currently preparing an edition of Xerse by the same composer.