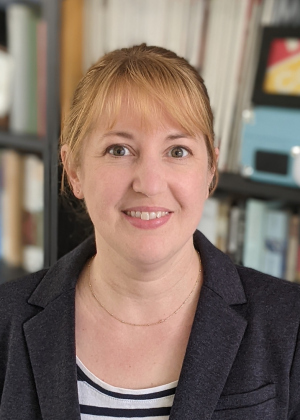 Beth Snyder is an Assistant Professor of Music History at University of North Texas. Previously, she served as Research Associate on the UK AHRC-funded ‘Music, Migration and Mobility’ project based at the Royal College of Music, London. She is a graduate of New York University’s doctoral program in musicology, and also holds an M.A. and B.A. in philosophy. Her doctoral thesis, which studied interactions between aesthetic discourse, musical praxis and utopian theory during the first decade of the GDR, was supported by a Mellon Dissertation Fellowship in the Humanities, a DAAD research grant and the NYU Torch Research Fellowship.

Dr. Snyder has previously occupied positions as a Visiting Research Fellow and Associate Tutor in the University of Surrey’s Department of Music and Media, Visiting Lecturer (of music) at Scripps College and (of philosophy) at California State University San Bernardino. Her research has been published in The Journal of the American Musicological Society and Twentieth-Century Music.

Her research is motivated by an interest in the political utility of music and, in particular, the roles played by music in producing and complicating constructions of identity. She is also interested in philosopher Ernst Bloch’s provocative theory of music’s significance, a theory that—in its emphasis on music’s central role in the realisation of human potential and in the cultivation of communal life—offers an alternative to hedonic theories of aesthetic value.