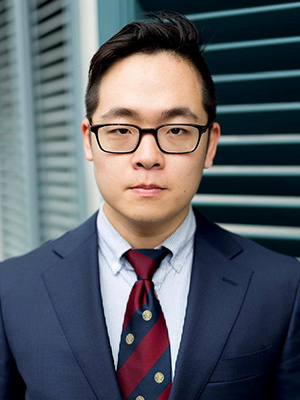 Andrew Chung is an assistant professor of music theory at the University of North Texas. He is a music scholar with strongly interdisciplinary interests ranging between music theory and historical musicology, further encompassing decolonial and anti-racist theory, theory of the Anthropocene, continental philosophy (especially the philosophy of language), linguistic anthropology, and sound studies.

His current projects are efforts aimed at developing a musicology of the Anthropocene, the name geologists have given to a new epoch of planetary history defined by human-induced climate change and its existential threats. He asks: how and where do we hear humanity's entrance into the Anthropocene in the histories and documentary records of sound and music? He follows certain Earth systems researchers and historians who argue that the beginning of the Anthropocene epoch should be recognized in the ecosystemic transformations brought about by the colonial invasions of the Americas, their enslavement economies, and the capital desires that circulated with them. Music that bears witness to colonization, enslavement, and the generation of surplus wealth are musics that bear witness to the Anthropocene's conditions of possibility.

He is currently drafting the manuscript of a book project he is calling Music’s Long Anthropocene: Colonial Modernity’s Musics as the Sonic Traces of Climatic Imperilment. Music's Long Anthropocene journeys through a selective but illustrative history of music's disclosures of an earth transformed by empire: wending a path through representations of the Americans on the early modern European musical stage, Indigenous American songs attesting to the lethality and ecological toll of colonization, antebellum slave work songs in their articulation to the transformation of terrestrial soil, and experimental musics reflecting the recognition of coloniality's earthly consequences. This project centralizes the rise of coloniality and the humanisms of global modernity within the origin story of the Anthropocene to theorize a historiography and ethics of music for this geological epoch. As such, this project explores how musical and sonic artworks both demand and proffer ethico-political frameworks that can adequately address how race and difference are imbricated within the differentially, unequally distributed effects of our warming planet. This work, and all of his work, seeks to dignify theory, philosophy, and interdisciplinary understandings not as alternatives to musical analysis, but as the very means of musical analysis and musical theorizing.

Two recent publications bring portions of this project to the public: "Vibration, Difference, and Solidarity in the Anthropocene: Ethical Difficulties of New Materialist Sound Studies and Some Alternatives" (Resonance: The Journal of Sound and Culture, 2021, vol. 2, no. 2), and "Songs of the New World and the Breath of the Planet at the Orbis Spike, 1610: Towards a Decolonial Musicology of the Anthropocene" (Journal of the American Musicological Society, accepted for publication 2023, vol. 76, no. 1).

The project he wrote as a PhD dissertation (Yale University, 2019) argues that although music scholars have made many pronouncements and arguments both for and against the music-language metaphor, they have all presumed the same picture of language and language meaning—one which locates representation as the central modality of linguistic signification. This work retheorizes musical meaning from the ground up, locating the grounds of musical meaning not in a theory of representation, but in an account of how music, as utterance, performs actions and produces effects. This perspective is built in broad strokes by analogy to the later Wittgenstein of the Philosophical Investigations, and at a more granular level from J. L. Austin's idea of language as "performative" utterance, from his treatise How to Do Things with Words. Via Austin, he argues that musical meaning inheres in the use of music "to do things," just as Austin proffered a new vantage point on language meaning by exploring how it is used "to do things." This work challenges the status of representation in musical thought, and argues that music's meaningfulness comes from the things that it does, and the effects that it has, putting to rest the false dichotomy between the things that music does and what it means.

This work has appeared in print as: "Music as Sexual Violence? Investigating the Case of Bar/Club-Based Sex Trafficking and Sonic Harm" (Sound Studies, 2021, vol. 7, no. 1) and "What is Musical Meaning? Theorizing Music as Performative Utterance" (Music Theory Online, 2019, vol. 25, no. 1).