Stephen Slottow’s book, The Americanization of Zen Chanting, has been published by Pendragon Press. Zen Buddhist practice has its own indigenous music: the ritual chanting which, along with bells and percussion instruments, form a part of virtually every Zen ceremony and formal event, both monastic and lay. And, like the other aspects of Zen teaching and practice, the chanting of sutras, dharanis, gathas, dedications, and readings has undergone a widely varied range of adaptations as part of its migration to and continuing development in the North American context. These adaptations have been characterized by two opposing tendencies: the conservative desire to keep practices "pure" and unadulterated (in some cases, an idealized and simplified projection of "pure") versus the urge to individualize and innovate to fit changing contemporary North American contexts. The purpose of this book is to study in some detail how this tension plays out in different aspects of chanting. Because Zen practice in America is highly decentralized, even within the same teaching lines the degree of standardization in chanting practice varies widely, resulting in a large range of solutions to the problem of adapting a traditional Japanese religious musical practice to American contexts. Click here for more information. 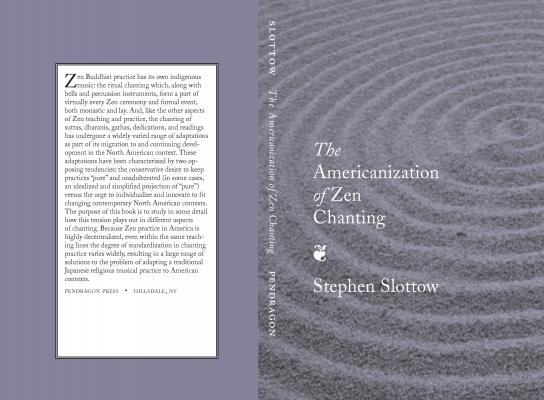