Mark Spicer (BM 1987, MM 1990), Professor of Music at Hunter College and the Graduate Center, City University of New York, was one of the invited speakers for the symposium Come Together: Fifty Years of Abbey Road, held at the Eastman School of Music the weekend of September 27–29, 2019 to commemorate the fiftieth anniversary of the release of the Beatles’ landmark album. The title of Prof. Spicer’s talk was “Abbey Road as Proto-Progressive Rock.” 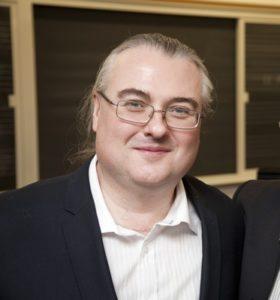