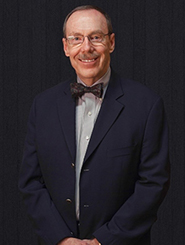 Mark McKnight is Head of the Music Library at the University of North Texas and also teaches courses in the UNT College of Music Division of Theory, History, and Ethnomusicology, as well as in the College of Information. Prior to his appointment at UNT he was Music and Audiovisual Catalog Librarian at Loyola University in New Orleans. Dr. McKnight is active in the Society for American Music and the Music Library Association, where he has held a number of offices and is currently serving a two-year term as MLA President. He has written and lectured extensively in his areas of scholarly interest and research, which include 19th-century American music criticism, early American sheet music, and the music of Louisiana and New Orleans. Publications include articles and reviews in Notes, Fontes artis musicae, American Music, Black Music Research Journal, Music Publishing and Collecting: Essays in Honor of Donald W. Krummel, A Basic Music Library, 4th ed., and The Grove Dictionary of American Music, 2nd ed. He is also author of Music Classification Systems(Lanham, Md.: Scarecrow Press, 2002). His current research project: Music and musical life in antebellum New Orleans.